EXERCISE DURING PREGNANCY: What you need to know. Pregnancy, as we know, is always a joyful expectation of another life.

Active women, however, always express concern when it comes to exercising during pregnancy. There are precautions of course, as that fetus develops in the womb. Some women, especially advanced age mothers are more at risk.

Here are some tips.

Some conditions make exercises risky during pregnancy and should be carefully monitored. Although exercise is great for pregnant women, unfortunately, not everyone is allowed to participate in it.

👉👉👉The Power of Deep Breathing and What You should Know

This is because it may expose them to certain dangers that could cause problems for the fetus and mother, as well. Certain conditions prevent women from engaging in exercises during pregnancy, and some of them are:

Heart Diseases such as coronary heart disease, heart attack, congenital heart disease, congestive heart failure occur mostly when fatty plaques clog the heart. There are some diseases of the heart which could be fatal. The most common symptoms include heart palpitation and metabolic syndrome. Heart attacks can be treated through drug therapy or surgical treatment. It could be prevented through the lowering of cholesterol, eating heart-healthy diets, lowering high blood pressure, stop drinking and smoking, and taking antioxidants.

Exercise is meant to prevent these heart diseases not to cure them. So, you would have to first seek a solution before adding exercise as a recovery process. After treatment, you can then engage in activities such as aerobic exercise. 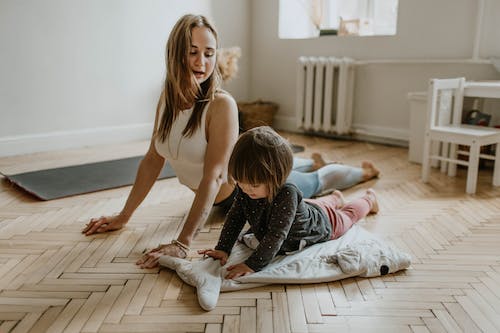 It is advisable to check with your doctor first for him to carry out a stress test on you to see how much exercise you are allowed to do. Also, when exercising, try not to exercise alone. Go to the gym or yoga centers or a group. There are different recreation centers specifically for rehabilitating people who are recovering from one heart disease or the other. You can benefit from this.

This can be defined as respiratory diseases that restrict lung expansion, thereby reducing your ability to breathe freely. It is one of the causes of severe coughing. Some of the causes of these diseases are obesity and scoliosis. It could be cured through surgery if a pleural disorder causes it.
Pregnant women living with this condition are advised not to exercise as it could lead to pregnancy complications such as shortness of breath.

A weakened cervix can be called different names such as cervical weakness, cervical insufficiency, or incompetent cervix. They all mean the same thing. This condition causes the cervix to open up and thin earlier than the pregnancy’s due date. The subtle symptoms of the incompetent cervix are; a backache, wet vaginal discharge, color changes in your vaginal discharge, pelvic pressure, early cramping, and slight vaginal bleeding.

This condition is one of the causes of miscarriage and preterm delivery, according to the American Pregnancy Association.

Although this is not a common medical condition, women who notice these symptoms or are diagnosed with an incompetent cervix are advised not to exercise or to stop exercising if they had already started to reduce the risks associated with preterm delivery.

You can begin regular exercises after you deliver your beautiful baby.

👉👉👉10 Reasons to Get a Foot Massage Before Going to Bed

Premature rupture of the membrane refers to a  medical condition in which a pregnant woman’s water breaks more than an hour before labor is due.  In a healthy pregnancy, the amniotic sac, also known as the membrane, breaks, and the contents known as amniotic fluid, flows out.

After this, contraction begins in 12 hours (it could take longer), which leads to labor. If the amniotic sac breaks before contraction start as it happens in some women, then it is called premature rupture of membranes. In this state, it is not advisable to engage in any form of exercise as it is critical.

Preeclampsia is a condition that begins around the 20th week of pregnancy. It is commonly caused by high blood pressure or protein found as part of urine content. It can happen to a pregnant woman who hitherto had no history of high blood pressure. This condition is highly risky, and if not appropriately managed, can bring severe complications for both mother and child, which can be fatal in some cases. Luckily, if managed adequately through necessary medications, the baby can be delivered without issues.

Bleeding such as subchorionic hematomas happens at the point where the pregnant woman’s placenta detaches from where it is initially implanted.

This detachment affects the chronic membrane, which then splits to form other sacs. As they move from where they were formerly situated to another location, bleeding occurs.

The bleeding can either be light or heavy. Heavy bleeding can be a sign of ectopic pregnancy or an impending miscarriage.  Under this circumstance, exercising is not allowed until you have been certified by your doctor to engage in it. 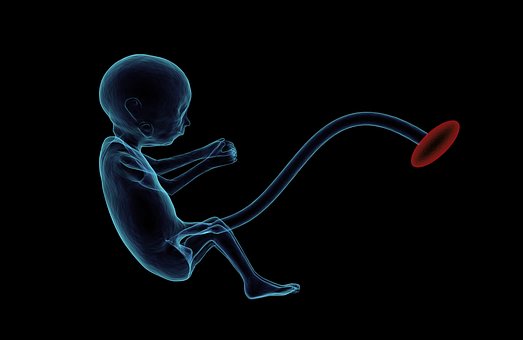 Placenta Previa is a condition that occurs when the placenta is planted close to the cervix, and whenever the cervix stretches, it bleeds. It is known as one of the causes of vaginal bleeding.

The symptom of this condition is constant bleeding after the 20th week of gestation, which is sometimes accompanied by uterine contractions.  According to the American Pregnancy Association, this condition is experienced by women in the early stages of pregnancy, especially those who live at high altitudes.

Women, especially those in their third trimesters, are advised to seek a medical cure to this issue before involving in any exercise. Although most times, women with placenta Previa is booked for cesarean section pending when the fetus is healthy enough to be delivered.

Premature labor happens in about 10% of most pregnancies in the United States. When the body starts getting ready for a baby earlier than three weeks before the due date, it is known as premature labor. Various symptoms tell if a pregnant woman is going to have a premature birth, and some of them are: Contractions every ten minutes, increased vaginal discharge, lower abdomen cranks, constant ache at your lower back. It is advised to keep away from any form of exercise during this period, as you are not sure of the health of your fetus or even your health.

Other conditions that may require you to put exercise on hold or stop it are entire, iron deficiency anemia, asthma, diabetes, joint-related issues, multiple births, and high blood pressure, being overweight, or underweight.

Discuss your concerns with your doctor to know his stance first. Ask questions. After all, they are there for you. 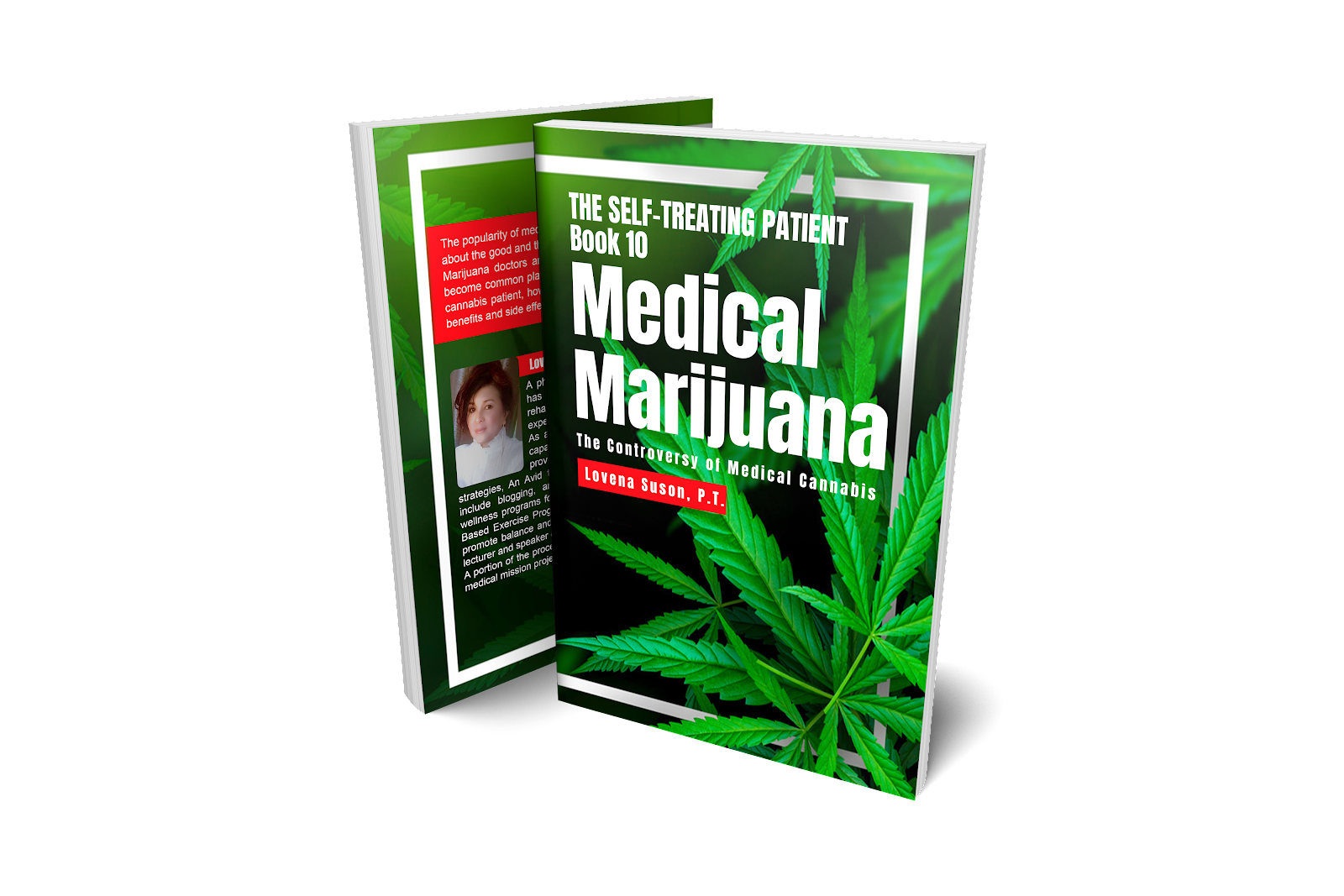